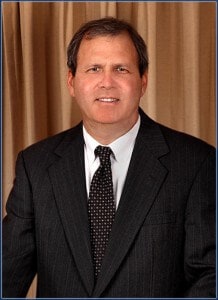 Have you been accused of a violent crime in Columbus, OH, but were acting in defense of yourself or others? Contact the Columbus criminal defense attorneys at James D. Owen, LLC to learn about Ohio self-defense laws.

You have the right to defend yourself, when necessary. Just because someone else gets hurt in the process doesn’t mean that you should be punished for it.

Our criminal defense team can help you raise an affirmative defense and fight to keep your freedom intact.  Call our law office to schedule a free consultation and learn more today.

How an Ohio Self-Defense Criminal Lawyer Can Help

Self-defense laws are complicated, and cases are heavily investigated and analyzed, especially when tragic circumstances or deadly force is involved.

Self-defense can be highly controversial, as we saw in the Trayvon Martin/George Zimmerman case in Florida.

An experienced and reputable Columbus criminal defense lawyer will be critical to your case succeeding. If your case is going to trial, your future will be ultimately decided by a jury of your peers. 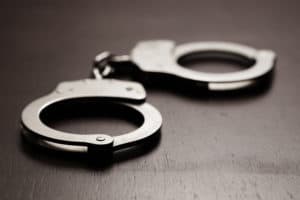 When you are charged with a crime and facing a significant amount of time, or a lifetime, in prison, your entire future is at stake. You need a lawyer with extensive experience and deep knowledge of applicable laws.

A reputable and capable attorney can mean the difference between a lifetime in prison or a much more desirable outcome.

That’s why James D. Owen, LLC should be your first call. We’ve successfully represented countless clients in a wide range of criminal matters across the state of Ohio. In many of those cases, we’ve gotten positive results by showing that our clients acted in self-defense. We know the strategies that work best – let us get to work for you.

What is an Affirmative Defense?

When you argue that you acted in self-defense, you’re raising what’s called an “affirmative defense.” An affirmative defense does not dispute the alleged acts or events but does introduce evidence or facts which either justify or excuse the actions.

Self-defense is a type of affirmative defense where you justify your actions. A justification defense is different than an alibi, or where you assert complete lack of involvement in a crime.

When using an affirmative defense, the prosecutor likely has proof beyond a reasonable doubt that you committed the action that you are accused of. They will provide evidence and witnesses to support every element of your alleged crime. So, it’s absolutely necessary that you have a qualified and seasoned lawyer to advocate for your rights and your future.

When Is Self-Defense A Valid Defense?

The key provisions of self-defense laws in Ohio can be found in two parts of the Ohio Revised Code (ORC):

Throughout the United States, laws allow people to defend themselves when threatened. However, the extent to which you can use force, and where you can use force varies among states. Some states also require you to “retreat” if at all possible. Below are some frequently asked questions about elements of self-defense laws.

What is a Castle Doctrine Law?

The castle doctrine is based on the right to defend your castle and allows gun owners to use force to defend themselves.

Ohio has a castle doctrine law, which means that there is no duty to retreat before using force inside of your own home or in your own vehicle.

What is a Duty to Retreat?

A duty to retreat law is a principle that requires a person, as the first response to threatened violence, to back away or flee, rather than attempt self-defense by deadly force.

What is a Stand Your Ground Law?

A “stand your ground” law allows a person to use force, including deadly force, if necessary if there is a threat of harm. Ohio does not have a stand your ground law unless you are in your vehicle.

Your life is on the line when you are charged with a violent crime. To be successful in an Ohio self-defense case, you need a skilled criminal defense lawyer.

What are Jury Instructions for Self-Defense Cases?

In self-defense cases, jurors will generally be instructed some variation of: “If you find that the state failed to prove beyond a reasonable doubt that self-defense does not apply, you must find the defendant not guilty.”

Jury instructions are helpful in determining elements of an offense, and from what perspective jurors will be asked to look at a crime, and justify the use of force.

Why Was Ohio’s HB 228 Significant?

In March 2019, a new law went into place in Ohio, shifting the burden of proof in cases where whether or not someone acted in self-defense.

Because self-defense is a complete defense to a criminal charge of murder, homicide, manslaughter, or assault, the change in law affected any case involving criminal charges for any violent crime.

The change, House Bill 228, has been informally referred to as “the burden shift.” Prior to March 2019, if someone shot someone in self-defense in Ohio, the burden was on the person pulling the trigger to prove they were innocent. With the change in March 2019, the state has the responsibility to prove the person pulling the trigger did not act in self-defense. In passing HB 228, Ohio was the last state in the country to adopt this rule.

There are three elements to a self-defense claim:

For Ohio’s four million gun owners, this was seen as a win.

Not surprisingly, the change in Ohio’s self-defense law was supported by the Ohio Public Defender, Second Amendment enthusiasts, and a number of gun groups, It was opposed by the Ohio Prosecuting Attorneys Association.

How Ohio’s Firearm Laws Have Changed Over the Years

Get a Free Consultation With an Ohio Self-Defense Criminal Lawyer

Having to use force (deadly or non-deadly) to protect yourself is never a desirable situation. Having to defend your actions in court on top of that, and possibly face a lifetime in prison, is even more traumatic. Following any charge of a violent crime, don’t waste any time contacting a knowledgeable and experienced Ohio criminal defense lawyer, who can immediately assert a strong defense of self-defense.

At James D. Owen, LLC, we focus exclusively on criminal defense cases. We have been winning NOT GUILTY verdicts for 25 years. We know the prosecutors, the judges, and the procedures. We have helped so many others and know that we can help you. Contact us at (614) 569-3993 to arrange a free consultation.